The evening before attending the daylong Pongo training put on by the Skagit River Poetry Foundation, I went and saw the movie Moonlight. It is a beautiful film by director and screen writer Barry Jenkins adapted from an original play by Tarell Alvin McCraney, winner of the MacArthur Genius award. The story centers around a young African American boy living in the Liberty Square neighborhood of Miami, first of the southern housing projects and a microcosm of the marginalized communities of the 80’s at the height of the crack epidemic that hit cities around the country.

The boy, like both McCraney and Jenkins, suffers the vicissitudes of living with mothers who are crack addicts in the Liberty Square projects and, like McCraney, deals with homosexuality in a hyper masculine world. In the opening scene, the boy runs from taunting peers through the tropical climes of city blight. The tormentors sense the boy’s differences, and to escape, he eludes capture in a boarded-up apartment littered with drug paraphernalia.

What does it do to the soul of a boy to run from an angry, taunting mob, to hide alone in an inherently unsafe world? A banging on the door of the crack den brings a mentor into his life who extends a hand down into the metaphorical bottom of the well. Later in the film, during a scene in the Atlantic Ocean, the mentor holds the boy in the water as he teaches him to swim in the rough waves – a metaphor that extends throughout the film. This relationship doesn’t mean life will get easier for the main character. The trauma and deep pain of this existence will continue to evolve in his life, and we with it until the transference of his hurt -so intimate is the portrayal – becomes our own through this powerful work of art.

There is deep healing in a well told story. As the residue of the film’s beauty lingered through to the next morning, I researched the filmmaker and writer. Both had dealt with the trauma depicted in the film on some level. In one interview, Jenkins says the work was a form of “aggressive therapy,” so close did the themes in his own life run. 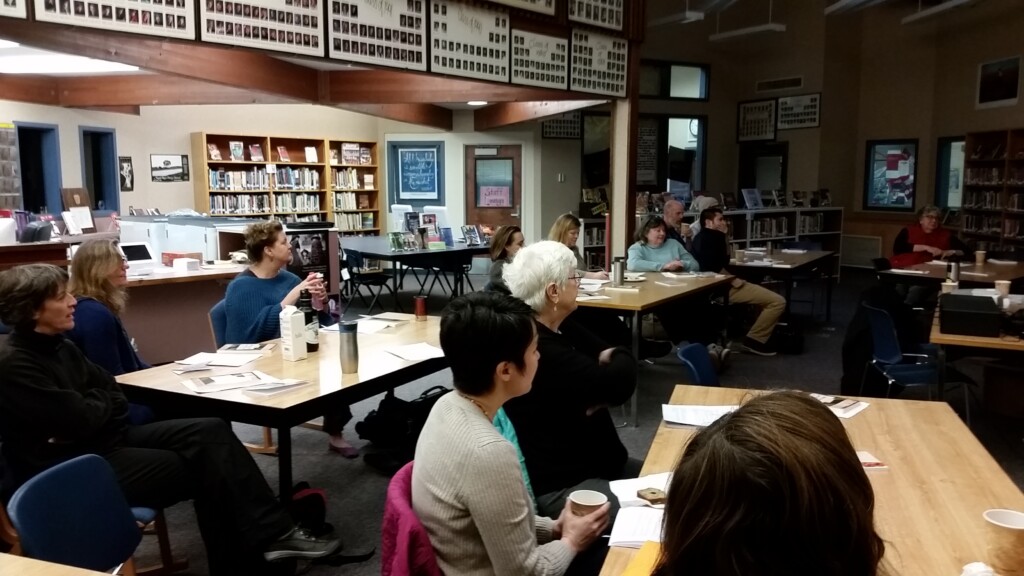 The idea of taking trauma out of the closet where shame breeds and bringing it into a fully lit narrative is the objective of the Pongo program, the brainchild of writer Richard Gold, a writer who retired from the publishing world to devote himself to working with at-risk youth through writing. He created a method out of going into juvenile detention settings and recovery facilities and working with young people who have experienced trauma – the most vulnerable of the teen population, often from broken homes, children of addiction, or who have experienced some form of mental or physical abuse.

Pongo mentors are trained to come into these spaces to work one on one with youth with the objective of transcribing some of their experiences of trauma within a poetic narrative. The central focus of the work, said Pongo Trainer Eli Hastings, who holds an MFA as well as a degree in Marriage and Family Therapy, is to harness the natural inclination towards creative expression and find a means for retrieving trauma from a fragmented place where, locked away in the psyche, it acts as a source of shame.

The goal, he says, is to get it on paper, enter it into a narrative, and move “from shame to pride – from a sense of shame of what had happened, to a pride in having survived it.”

Jeff Rose, a high school friend of Hastings – they both graduated from Garfield High School and lived together in Spain – helped lead the training in La Conner. Rose mentors with Pongo in homeless shelters. To model the method, the two role-played. Rose was the mentor to an angry kid played by Hastings, who has mentored for the program since 2008. He has the role down, conveying with slouched posture, the wall put up by an angry kid, who, once the poetry begins to form under the guidance of the mentor, opens to the process. Rose dictates responses to the prompts, reads back, asks the writer to make decisions, create metaphors, list concrete details that bring a moment to life. Typed poems are given to the participants before the mentors leave the facility.

It is essential, says Hastings, that the mentor be able to “hold space” with a person, to create a level of trust, to be authentic, and not be overcome with sadness at the life circumstances that emerge from the people the program reaches – a difficult feat with the stories that tend to arise.

Teachers and counselors from districts in Skagit and Whatcom Counties and chaplains for the Skagit County Jail started the day by introducing themselves, learning about the method, then writing their own poems to the prompts. Some shared their work as well as stories of the challenges they face on the job within their student populations.

“We absolutely loved the trauma-based research and approach,” said Matt Malyon, director of Underground Writing, a creative writing program which works with a similar population of youth in Skagit County and beyond. “The first half was worth the price alone and we gleaned so many things from it.”

Malyon holds an MFA from the University of British Columbia. He works with students in the migrant community and serves as a chaplain for Skagit Juvenile Detention and the jail of Skagit County. He says he and fellow chaplain Chris Hoke, who also attended, differed philosophically from the Pongo Method when it came to the dictation method where mentors, rather than students, type or write student responses.

“We like students to learn from the practice of writing, so it’s a tool they can do on their own when they leave our workshop. Whether or not they go on to pursue writing as a vocation/craft, which we hope at least a few of them do, we want them to understand that writing is a tool that can literally help save their lives. It’s a tool for processing life, for navigating emotions, for figuring out what one thinks.”

Sara Harlan, former La Conner teacher turned librarian for Sedro-Woolley High School attended the training as well and came away with useful tools to incorporate some of the methodology within a school setting.

“I think that teachers can use the Pongo poetry framing to write poetry with kids, especially if they are out of ideas or kids are reluctant. I think the real Pongo method requires a one-on-one format which would takes some noodling to figure out. The materials are very applicable and the method would take more problem solving to integrate into a school system. I enjoyed it, I thought the time went really fast, it’s always a good indicator for something that is worthwhile and engaging.”

All in all, the day was a meditation on the power of sharing story, how experience, shaped and shared is a healing act, not only for the artist or the story teller, but for the listener; it was a meditation on how important extending a hand can be in the lives of those in pain, and how when painted in exquisitely painful detail, art can bring change into people’s lives, and how the simple but powerful act of being witness without aiming to fix, is a potent tool.

“All said, it was a really great day,” Malyon says. We learned a tremendous amount from them. And I was also thankful that it brought into stark relief the things that Underground Writing does that are unique and beneficial.”