This blog post features an interview with poet, professor and editor Kathy Fagan, who was a participant in the 2016 Skagit River Poetry Festival. In this interview, we discuss her approach to writing and mentorship as well as her new book of poems coming out in 2017. -Jessica Gigot 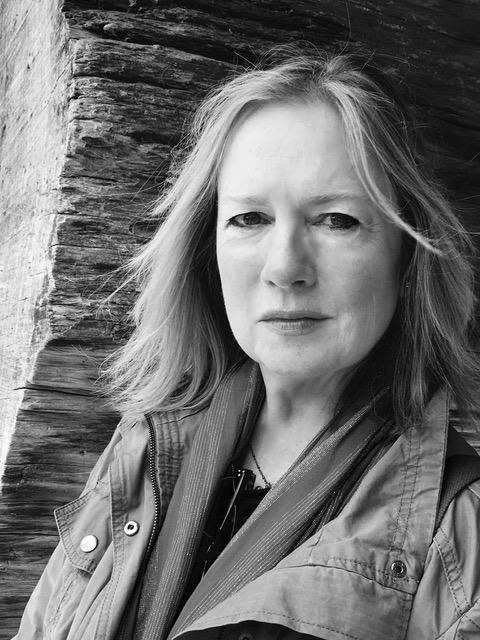 JG: Your fifth book Sycamore is being released by Milkweed Editions in March of 2017. What can you tell me about this new book and how it came together for you?

KF: I’d say languages and weathers are what these Sycamore poems have made themselves from, seasons of listening to and watching everything, including art. My previous book, Lip, is very much engaged in experiments of voice and personae. It’s a talky, insolent book. I really do think of Sycamore as the listening book. A sort of stethoscope book. Its poems span about six years of writing time.

Before I was aware that I was writing the poems for Sycamore I found myself taking hundreds of digital photographs of the trees—on daily walks around my Ohio neighborhood, on hikes near the river, on visits to other cities and countries. I was so drawn to them that I geeked out on sycamore tree facts, doing research, following the appearance of sycamore in myth, legend, and the arts. As some of the poems address, sycamores thrive all over the world, in wild and urban environments; they can be incredibly long-lived, and grow so large that humans have been known to live inside them. The bark, notable for its white sheen, cracks and sheds to allow for expansion. There’s something about those physical details, broken and strong and womanly all at once, that touches me. When the poems emerged I called them self-portraits—one titled as such survives in the book—but I gradually understood that the poems were a series of studies, in the spirit of Monet’s haystacks and cathedrals. I became interested in recording the trees in conversation with the weather, the light, and the landscape, with both natural and human history. When a long-term relationship ended abruptly, I turned to the trees—and to the poems—for shelter. And both accommodated me.

JG: With all of the shifting dynamics of the publishing world, what has been your experience working with a non-profit publisher like Milkweed?

KF: Well, Milkweed is a dream press in every way. I love that there are lots of small, university, and independent presses publishing poetry, but as I get older—Sycamore is my 5th book, and I’m finishing up my 6th—I need a press that’s as established and stable as Milkweed. For instance, this is the first time I’ve worked with a press, believe it or not, that actually hires a poetry editor to work on line-edits. The book was also copy-edited thoroughly and brilliantly in-house—I learned so much working with her—but to have another poet’s take on the book line by line, poem by poem, and as a whole was a gift. Even in grad school I didn’t have that kind of critical attention paid to my work, and I am so grateful for it. That level of care and professionalism, that building of good will with your authors, makes writers, ordinarily such profound loners, feel part of a team; I mean, I really want to get out there in the world now and do right by Milkweed and my fellow authors, selling Sycamore and Milkweed’s other books, and supporting the press as much as possible. 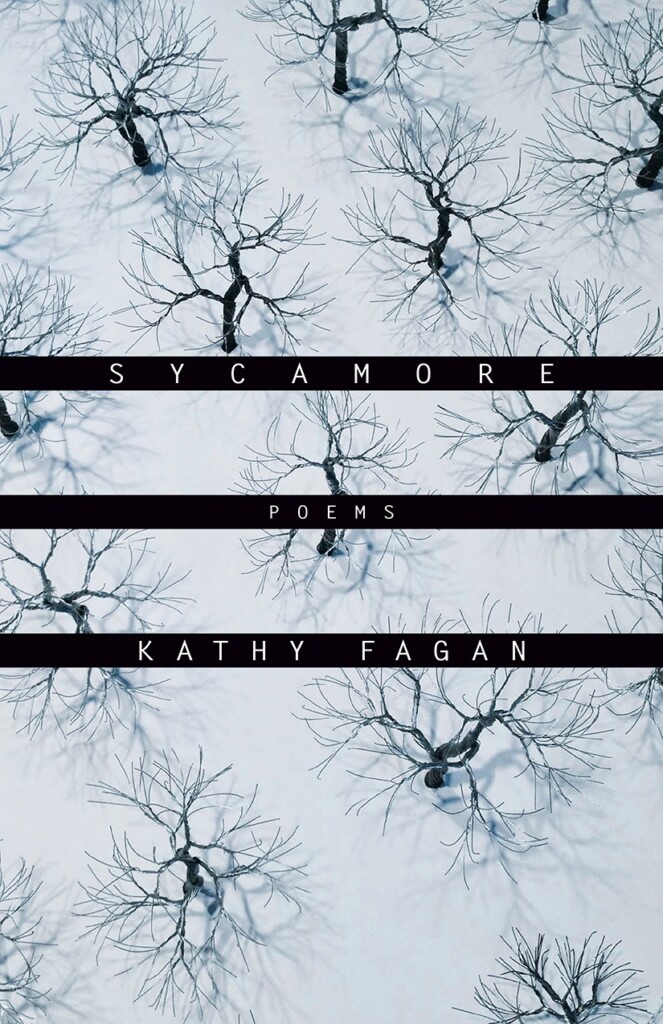 JG: Your poem “Animal Prudence” was published by the Academy of American Poets in June of this year. This is a stunning poem that speaks so intimately to family dynamics, the natural world around us and forgiveness on some levels. Can you share about more about the origins of this poem and title?

KF: Thank you, Jessica. “Animal Prudence” is the title poem from my 6th collection, now in progress. As I said on the Poem-a-Day site that the Academy runs, “Animal Prudence” began with two notes I found in my pocket: one that I could explain and another that I could not. My dad, deaf and dementing, lives with my husband and me now, forcing me to work my therapy, if you catch my drift. Because Philip travels regularly for laboratory work in France, I get to tag along, picking up all sorts of poem-making information as I do, like this road sign, and not unlike the real toothpicks I find in my dryer—along with shredded napkins and small coins. I’ve been working this year on poems engaged with multiple levels of perception and predation. Perception itself is a predatory act, and to make poetry, I feel, attempts to keep fresh the wounds of the prey.

JG: As a teacher, poet and editor how do you split your time?

KF: Aw…this fall I’ve devoted most of my time to administrative duties—I’m serving as Director of OSU’s MFA Program in Creative Writing right now—than to teaching, writing, or editing, sadly. But ordinarily the editing is the most sporadic of the activities. That part of my life will ramp up here pretty soon when I judge the OSU Press/The Journal Wheeler Prize manuscripts in time for a January award announcement. Occasionally I’m also asked to guest-edit or judge other contests. The days of daily editing, when I was poetry editor for The Journal, are over, though I found them to be extraordinarily fulfilling, finding poems I loved and bringing them to readers. I made some lifelong friendships with poets that way. Likewise, I’ve made lasting friendships with my former students, who are some of the most courageous and good people I’ve met. It’s been such an honor to be among them each semester. But my own work continues—maybe more now than ever before—to provide me with my greatest insights, because writing is about trying and failing. I approach it with utter seriousness, a good deal of dread, and a sense of playfulness I don’t otherwise have. And then that thing happens that artists talk about, which is just such a rush of joy—an alertness or essential there-not-thereness—almost like being in love. I’m so lucky to know that feeling, and if I haven’t been writing—like this fall—I physically yearn for it.

JG: This was your first time at the Skagit River Poetry Festival. I was able to attend one of your breakout sessions on mentorship in poetry. Can you discuss the role that mentors have played in your poetry and teaching career? What is your approach to teaching and mentoring new/young poets?

KF: When I was a grad student at Utah preparing to go into my own classroom for the first time—a freshman composition course—I went to my department head and told him that this teaching thing would not work out for me, couldn’t the department pay me to do something, anything else. I told him I was terrified, that I had nothing to say, no resources with which to help students, that I felt like a fraud, was out of my depth, too shy, too awkward, too ignorant, too much and not enough of anything—I don’t know, frankly, how he kept his patience with me. But after the first few heart-pounding, face-flushing moments in my class, I was hooked. Teaching has never felt exactly “comfortable,” but it does always feel like family to me to work on the common goal of poem-making with like-minded people. Over the years my relationship toward mentoring and teaching has evolved, but it’s always some combination of frightening and thrilling to meet a new group of poets in the classroom, like entering into any intimate relationship. What we do together, reading, talking about and writing poetry, is a rare and sacred sharing of our most vulnerable selves—and of our smartest, most caring, and best selves. My dearly loved, now dead, white male poet-teachers would scoff to hear me say these things, but as a woman poet with a very different kind of temperament than they, I realized I could never teach from their points of view. I modeled, instead, neither them nor me, but poets whom I’d read who grappled with issues, craft issues and thematic issues, the students grappled with, and in that way tried to foster a mutually nurturing and collaborative relationship toward both the words on the page and the student who’s written them—and a commitment to the fullest and most engaging emergence of both.

JG: How was your overall experience at the festival and what were your observations as someone coming from outside the northwest region?

KF: First of all, LaConner is a beautiful and welcoming place for writers. And the restaurants are first class. Second, the conference is so lovingly curated. Third, I very much enjoyed and appreciated the diversity of writers at the conference. And while most of the attendees are from the northwest region, for me—a native New Yorker living for decades in the Midwest—it was such a treat to experience for myself the images and the subject matters I’ve long encountered in the work of northwest writers. I loved every minute of my time there, really, and would love to return.

It was an honor to have Kathy at the 2016 festival and we hope she will return to the northwest in the future. Her new book Sycamore is available for pre-order through Milkweed Editions and will be available March 2017. You can also read more of her previous work here.