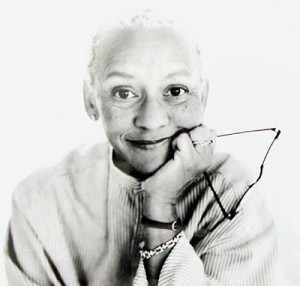 Nikki Giovanni is a world-renowned poet, writer, commentator, activist, and educator. One of the most widely read contemporary American poets and one of Oprah’s 25 “Living Legends,” she prides herself on being “a Black American, a daughter, a mother, a professor of English.” Giovanni is a University Distinguished Professor at Virginia Tech in Blacksburg, Virginia. I recently spoke with her about the breadth of her work and the stories she represents in her poems, essays, teachings, and spoken word recordings.

JG: You were a strong, outspoken, and prominent voice for equality and civil rights in the 1960s and 70s, and I know you remain so. In reading your most recent book of love poems (Bicycles, 2009), we see a gentler and more relaxed side to you. I particularly like the reflective poem “In Simpler Times” and the final, powerful poem “We Are Virginia Tech: 16 April 2007.” How did this book come together for you?

NG: I decided to write love poems. There were a lot of sad things going on at that time. “Blackburg Under Siege: 21 August 2006” is the first poem in the book and that was about the murder of two police officers here, which was a difficult time. Personally, I was dealing with the loss of my sister and mom, who had died. I was sad and needed to make adjustments. Then April 16 happened. I had two wheels spinning, personal and public grief, and I realized that love is what gets you over all of this and love poems cheer you up.

JG: Your spoken-word CDs “Truth is On Its Way” and “Nikki Giovanni Poetry Collection” have been very successful. Can you describe how music and poetry overlap in your work?

NG: My mother used to sing to me and she had a beautiful voice. Now I enjoy music and am seldom without it. I am always making connections between poetry and music. We had spoken word before we had music, really. Poetry was lyrical and people would play instruments and tell the story of their people.

NG: Oral traditions nurture everyone. People have to hear things internally, there has to be rhythm. Writing from authors like Shakespeare and Milton benefit from being read aloud; “Ulysses” is better read aloud. Everything has to come back into that human voice.

JG: I once had a poetry teacher that said that a poem was not done until it was read aloud. Do you agree with that?

NG: Absolutely. Poets will read a poem differently than the reader. When you hear people read your poetry they generally emphasize words in different ways than you do. It is important to read your poems aloud in order to really understand them.

JG: You are a wonderful storyteller. Your autobiography “Gemini” was a finalist for the National Book Award and your children’s books, such as Rosa, re-tell important histories and impart strong values and lessons. How do you decide which stories you want to tell?

NG:I knew Rosa Parks and was asked by my publisher to write a children’s book about her. We were all told the version of the story that she was a tired, old lady. Well, the truth is that she was only 42 and she wasn’t that tired. I wrote about the woman I knew, her home, and I wanted children to know that what took place wasn’t a happenstance.

American kids get shortchanged on the details sometimes and get more myths than facts. The facts will set all of us free. Things can be horrible and they can be wonderful, and it is important to deal with the fact that America sometimes doesn’t live up to its promise, but there is importance in striving to be good — despite the history.

JG: Before you go I have to ask about bats. I read that you have a bat named after you? Is that correct?

NG: (Laughs) Yes, that is true. Dr. Robert Baker (Texas Tech University) found a new species of bat in Chile. Baker was from the South and respected my writing as well as my work on race relations and equality. In 2004 he named this big-eared bat, Micronycteris giovanniae, which means Giovanni’s night flyer. It was an honor and Toni Morrison and I had a good laugh that she has her Nobel Prize and I have my bat. We all get something.

JG: We are honored to have you at the 2012 festival. Have you been to the Skagit Valley or Washington State before?

NG: My sister lived in Seattle and I love that area. One of my top five favorite restaurants is Wild Ginger in downtown Seattle.

Find out more about Nikki Giovanni and all of her work at www.nikki-giovanni.com/. In addition to workshops and conversations throughout the festival, she will be one of the headliners for the Saturday evening reading on May 19.