Home/We Flunked
Previous Next
We Flunked

Tony Hoagland, wise and witty and always provocative, raises some important questions about education and poetry in this article from Harper’s magazine. The Foundation’s Poets in Schools program takes on this challenge. Read on….

Twenty Little Poems That Could Save America

What went wrong? Somehow, we blew it. We never quite got poetry inside the American school system, and thus, never quite inside the culture. Many brave people have tried, tried for decades, are surely still trying. The most recent watermark of their success was the introduction of Robert Frost and Carl Sandburg and some e.e. cummings, of “The Love Song of J. Alfred Prufrock” and “In a Station of the Metro” — this last poem ponderously explained, but at least clean and classical, as quick as an inoculation. It isn’t really fair to blame contemporary indifference to poetry on “Emperor of Ice-Cream.” Nor is it fair to blame Wallace Stevens himself, who also left us, after all, “Thirteen Ways of Looking at a Blackbird,” a poem that will continue to electrify and intrigue far more curious young minds than are anesthetized by a bad day of pedagogy on the Ice Cream Poem. Let us blame instead the stuffed shirts who took an hour to explain that poem in their classrooms, who chose it because it would need an explainer; pretentious ponderous ponderosas of professional professors will always be drawn to poems that require a priest. 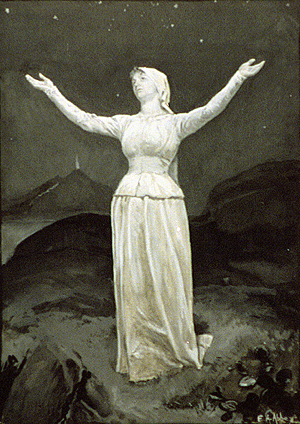 Still, we have failed. The fierce life force of contemporary American poetry never made it through the metal detector of the public-school system. In the Seventies, our hopes seemed justified; those Simon and Garfunkel lyrics were being mimeographed and discussed by the skinny teacher with the sideburns, Mr. Ogilvy, who was dating the teacher with the miniskirt and the Joan Baez LPs (“Students, you can call me Brenda”). Armed with the poems of Lawrence Ferlinghetti and Richard Brautigan, fifteen-year-olds were writing their first Jim Morrison lyrics, their Kerouacian chants to existential night.
But it never took. We flunked. We backslid.